The Pyrenaical Institute of Ecology (IPE), belong to the Consejo Superior de Investigaciones Científicas (Science and Techniques Spanish Ministery), comes from the merger in 1983 of the Pyrenaical Center of Experimental Biology and the Institute of Pyrenaical Studies (founded in 1942). In 1990, and with view to increasing the scientific projection of the IPE in studies of systemic and integrated character, the CSIC set up its new configuration in two headquarters: the already existent in Jaca (Huesca) and a new one in the Campus of Aula Dei (Zaragoza). The location of both headquarters, near to the extremes of the strong gradient of ecological variation that takes place in the depression of the Ebro, facilitates the achievement of a bigger perspective in the study of the terrestrial ecosystems and the experimentation in contrasted territories.

The studies are organized in two scales of perception and integration: territorial systems and concrete ecosystems. The work groups are located in the two headquarters, depending on the requirements and programming of the scientific work.

Contribution to the Atlas

The central objective of the Institute is the analysis of the conditions of stability in the ecosystems and its answer in front of the factors that regulate or modify them, especially the changes carried out by the human use. In this sense, the mountain areas are not an excluding objective, but they represent an ecological circumstance in which very different types of ecosystems have been conserved, what facilitate the research of the Nature, making more feasible the obtaining of generalizable results and the development of approaches for carrying out the appropriate administration of the resources. In accordance to these objectives, the studies on the ecosystems modified by human action has special importance in the work of the Pyrenaical Institute of Ecology.

Looking up... the number of records that can be accessed through the Portal de Datos de GBIF.ES. 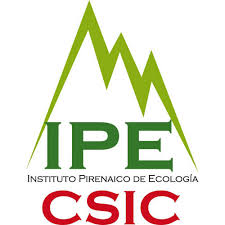